These are the works that I made between 2015 and 2017. There are two distinctive series of works.

First series depict key events during Greek crisis, using my symbolism and characters. Texts are written both in English and Greek. They are depiction of ruthlessness, cruelty and downright evil of the neoliberal capitalism, which strips countries of their basic assets, using international monetary institutions as a forefront. Austerity measures, used to relive debts, is forced upon governments, despite the will of the people. The end result is further deterioration of living conditions for the people in affected countries, and destruction of basic government institutions and democracy.

Second series consists of various drawings depicting different themes, with a character of politician taking different roles- transforming into humanoid insects, clowns, mythical creatures etc. They are not connected with any specific narrative. it s rather the case that each one of them is either a mini series or solo investigation of one particular negative phenomenon form modern day society.

Illustrative style is used with defined contour lines, reminiscent of cartoon illustrations and low-brow art, works are inspired by pop-culture references (movies, games, comics), and as such offer an artistic view into complex interconnectedness of our contemporary society and its issues- global depletion of resources, environmental deterioration, crimes against humanity, wars etc. 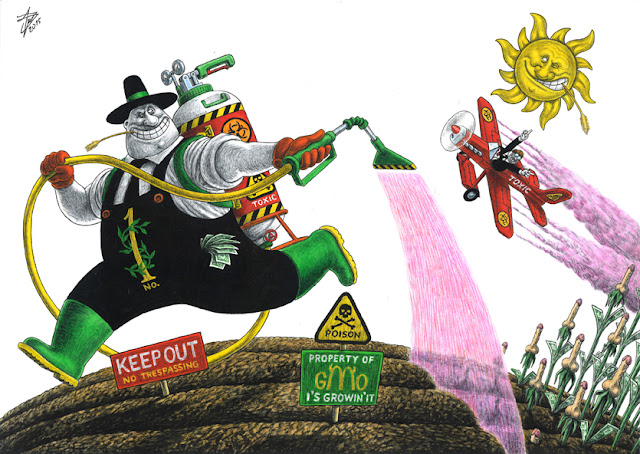